Veganism is the lifestyle choice that has a chance at being sustainable. It is the intentional personal decision that ends dietary violence against individuals from other species and ecosystems. We do not recognize mainstream claims that veganism is a type of vegetarianism. Vegetarianism kills cows, chickens, goats, and wildlife. It does not allow for predators like wolves and cougars.  Who it kills depends on the “type” of vegetarianism being cited. Some vegetarians eat eggs, dairy, honey and fish, and use animal skins like leather. We advocate using the terms “vegan” and “veganism” only. Vegetarianism is not in our vocabulary except when explaining the historical context when “vegan” was first established as a movement.

When we look at this questions from the perspectives of environmental harms and abject brutality, there is too little difference between eating meat and choosing a vegetarian ovo/lacto, pescatarian, or any variation of it. Green Vegans applauds you for being vegetarian if you have been told it is an effective way to end suffering and environmental destruction. Many vegans started out that way but most will tell you that we are pained when we think of the hurt we caused by waiting too long.

We ask you look objectively at the facts and bear witness to the plight of billions of chickens who suffer and die because people chose to eat eggs. The same goes for milk and the mothers who are forced into pregnancy to produce it for human consumption. It is to understand that their offspring are separated from their mothers, traumatized, switched to “milk replacer” and generally slaughtered while very young unless chosen to replace their mothers as a machine. Holstein cows are generally killed by age five on average because they aren’t meeting their production quota. We are not here to judge or criticize vegetarians. We are in service to you, to support in accomplishing the goals of nonviolence and justice that are so important to you and necessary for the Earth.

If not already vegan, Green Vegans encourages you to start your journey now. Reach out to friends if they are vegan, do online searches to find organizations and community resources who will support your transition. You can find coaching and in some instances hands-on mentoring.

There are varying perspectives on how “veganism” should be defined. Before we share some of that history, read the Vegan Society definition :

“Veganism is a way of living which seeks to exclude, as far as is possible and practicable, all forms of exploitation of, and cruelty to, animals for food, clothing, or any other purpose. There are many ways to embrace vegan living. Yet one thing all vegans have in common is a plant-based diet avoiding all animal foods such as meat (including fish, shellfish, and insects), dairy, eggs, and honey – as well as products like leather and any tested on animals.”

Go here for additional a deeper dive into the history and perspective on why veganism, not vegetarianism, wins what must be done by caring and compassionate people. 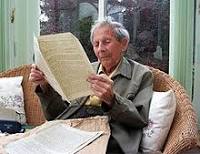 The creation of the word “vegan” and subsequent founding of The Vegan Society in November 1944 is often credited to Donald Watson or he and his wife Dorothy but Watson credits a number of his fellow vegans as well.

Early vegetarian and vegan history had connections to progressive social movements like the abolition of slavery, women’s suffrage, and spiritual betterment, often under the leadership and influence of church congregations that practiced veganism. Vegetarianism remained part of a more popular way of living and being in the world.

In 2002, Donald Watson said, “And, when I think that the world population, which was about 2 billion people in 1944, is now….this astronomical explosion of over 6 billion [nearing 8 billion now], along with….a corresponding explosion of animals to feed most of them. And those animals are there, fed on food that should be growing for the Third World, where people are having big families because they have to, they’ve no social security, they have to have many children because many of them in every family are likely to die….”

He goes on to include his concerns about extinctions, reforestation, food additives, and “man’s expectation of surviving for much longer on this planet.” Those are, of course, among the pivotal issues we face today, issues we know can be addressed with veganism and not the many varieties of vegetarianism.

At the end of Watson’s interview, George Rodger asks, “Donald, do you have any message for the many thousands of people who are now vegan? ” 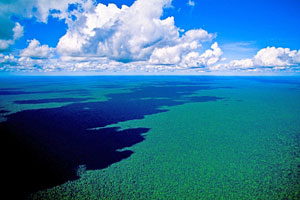 Watson replied, “Yes. I would like them to take a broad view of what veganism stands for. Something beyond finding a new alternative to, shall we say scrambled eggs on toast or a new recipe for a Christmas cake. I would like them to realize that they’re on to something really big, something that hadn’t been tried until sixty years ago, and something which is meeting every reasonable criticism that anyone can level against it.”