In the U.S., wildlife management and ecosystems oversight is within the jurisdiction of state and federal agencies. They are too oriented towards hunters, fishers, and trappers while being overwhelmed by human demands on ecosystems. Animal agriculture dominates landscapes which in turn calls for suppressing wild predators to ecological insignificance.  That is the current, not new, human ecology that is destroying the communities of life around the world. 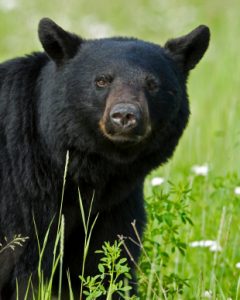 State agencies are often trapped by outdated legislation that directed these agencies to “produce” for humans. Federal agencies are hampered by the same lag between how humanity reduces ecosystem health and the lack of authority power to push back on those human behaviors. For example, human overpopulation coupled with growing global consumption is clearing forests, polluting waterways, and contributing to the climate crisis and is the core cause of species extinctions. No agency can stop that. They imply they can keep ecosystems and biodiversity and that is a disservice. So they populate lakes with nonnative species and then sells licenses to fishers to take them.

Legislation has to be modernized. Human behaviors and institutions that define our human ecology, has to stop destroying nature.  No agency can do that, but we can in our personal lives on Earth. Everyone who lives a vegan lifestyle along with the other six goals of the new human ecology reduces the agencies rationalization justifying their wanton cruelty and lack of long-term ecological effectiveness.

Wolf hunts are rapidly expanding at the behest of hunters and animal agriculturalists who want them killed in national forests. The government sells leases for grazing “livestock” and that becomes the leading management reality: kill wolves. At best, in the presence of hunters and animal agribusiness, wolves may be allowed to survive in small numbers on reservations, but never permitted to function as meaningful and adequate roles in ecosystems. We’ve seen the hunting and ranching sector renew its slaughter of wolves in Idaho and Montana. 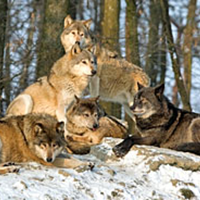 Alaska has a long history of wolf depopulation to enhance hunter success in taking moose and caribou and has used bear-baiting with garbage to their allowed practices. We have demonstrated, using the Idaho Department of Fish and Game’s own data, that the highest numbers of wolves slated for slaughter corresponded to high hunting rates for elk in the same areas.

Green Vegans makes a unique contribution because we advocate for a new human ecology of relationships with ecosystems and wildlife. We need ecosystems, not just a small representation of wolves whose social structures are being fragmented by hunters creating more destabilized packs. Humans are no longer adaptive to ecosystems. Green Vegans like yourself demand far less impact upon ecosystems and have no need for ranching and the hunting-oriented wildlife management policies that unnecessarily tweak ecosystems towards greater loss of biodiversity. Because we’re Green Vegans, we can go further into the root causes of biodiversity loss and ecosystem destruction.

This persecution of wolves and other predators like cougars, is the opportunity for us to demonstrate how the new human ecology is the game changer environmentalists, ecologists, human overpopulation organizations, social and economic justice projects, and animal rightists have been seeking. There are a number of great organizations working to protect wolves. We are adding our own voice and call for change.