While the FAA considers Green Vegans’ letter charging they have failed to abide by the National Environmental Policy Act of 1969 (NEPA) regarding the regulation of drones, consider this surprising and worrying additional background. Drones will provide many benefits and can be a useful technology if used responsibly. Unfortunately, drones and their advanced technology are ripe for abuse that the FAA has too long ignored.

They are available to anyone with money, meaning there are tens of thousands of drones now and countless more to come. Hobbyists will continue to have more drones of considerable speed and size than all other sectors. Commercial drones, up to fifty-pounds and one hundred miles per hour if proposed rules are adopted, are and will be in the minority compared to hobbyist aircraft. Rulemaking for commercial drones cannot escape the need for an environmental assessment that considers the total number of drones.

Taken together—and in individual instances—this many drones constitute a threat to public privacy interests, ecosystems and wildlife. With few exceptions, they are allowed to operate in public airspace. Hobbyists at present fly from ground level to 400 feet above—the approximate height of a forty storey building. The proposed commercial flight maximum is 500 feet. As we reported earlier, Amazon.com alone is reported to be selling 10,000 hobbyist drones every month. This is a new intrusion into human and wildlife habitats at a scale we’ve never experienced before.

Government agencies and first responders like fire and police services are making plans to increase their use of drones. And of course, amateur to professional hobbyists are yearning to fly where they want, filming, intruding on people and wildlife most often without any redeeming benefit compared to the impacts and next to no regulatory constraint.

The least priced models are toys but while still under one hundred dollars, they can fly into your “space” as well as harass wildlife, however unintentional it may be. As the price increases so do the features including abilities to self-land and take off, self-stabilize, automatically return to the controller when the battery nears a point of no return, follow a “flight plan” using GPS coordinates, and be controlled by cell phones and computer tablets. Distances and times aloft also increase with the price of the drone. It’s not difficult to get a drone that flies twenty to thirty minutes at a time at distances exceeding a mile, well beyond the FAA’s recommended “keep it in sight” advice, but not the law. 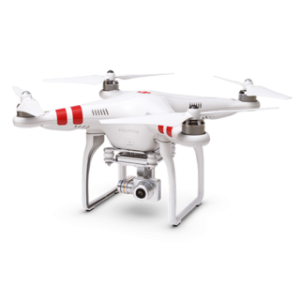 The following drones I’m sampling next are examples only and not exceptions in that they are marketed as platforms for cameras, yet are capable of being modified for a skilled person’s purposes, for intentional help or harm. Harm can include disrupting wildlife from nesting, finding food, and fleeing while burning up too many calories. Fitness of individuals and the species declines. Fear will prevail. Add to that whatever payload a criminal or terrorist chooses—be it poison, explosives, or a dirty bomb.

For $1,350 on eBay, you can get a drone that can carry 1.76 pounds of those substances, or a camera. Here is one that can fly 1.2 miles away at 49 miles per hour from the controller at a cost of $3,339. Though the price is not listed, this drone can carry over 13 pounds . Amazon.com has a dedicated Drone Store. Another company sells a drone to the public that flies over sixty miles per hour .

Though there are drone manufacturers in the U.S., other large players are in China and Romania. A company in Romania, for $8,580.80, is selling a quad-copter, one of the most common of configurations that features four rotors. It flies a straight distance of three miles and can stay aloft for half an hour. Send them $13,363.40 for their Quadcopter Condor and you’ll fly for seventy minutes and carry 12.6 pounds of payload to whatever destination you choose, including a target of choice. Again, remember, these are examples that are being sold online at places like eBay.

Nearly all of these drones present themselves as bases for photography and filming. From a recent survey, it appears they will be purchased by hobbyists for that purpose. Where, how, and how many they fly is an open question without answer. (Update: the FAA released proposed regulations for commercial drones. Our next post will tell you what you can do.) Hobbyists are still unregulated excepting near airports and obvious security zones.

Ecosystems and wildlife will suffer in the coming onslaught of drones. That is why Green Vegans petitioned the FAA and the White House Council on Environmental Quality to abide by NEPA. The FAA seems not to have an ear for intrusive impacts to humans, wildlife, and ecosystems. Our next post will summarize the FAA proposed rules for commercial drones and how you can help protect wildlife throughout the country.