Global Warming is a symptom, the result of humanity’s behaviors and decisions. Animal agriculture releases—depending on the study—18 to 51% of the greenhouse gasses (GHGs) that cause global warming. Why, then is it not important to environmentalists to oppose animal agriculture? It also destroys ecosystems, causes disease outbreaks, wounds, death, dehydration, toxic pollution, oceanic dead zones and fear and stress in wildlife. When will the futility of a cow wanting her calf returned, pigs slaughtered by the millions, and the pain of wolves seeing their pack mates killed by aerial gunners be equal crimes in the minds and hearts of environmentalists? Veganism has the opportunity to lead environmentalism, not follow it. 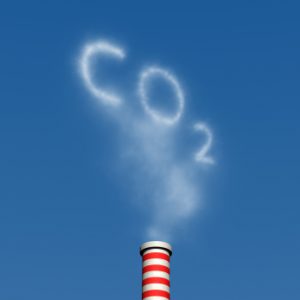 Green Vegans invites you to consider how we can heal the Earth. Veganism, along with other personal responsibilities, is the quickest path to reducing GHGs. It can be done virtually overnight. Subscribe to our website (www.greenvegans.org) to learn more about our clear approach to solving environmental problems and the need to achieve social and economic justice for people and a reduced human population through natural attrition. We are on Facebook as well.

For an in-depth examination of our advocacy, read This Is Hope: Green Vegans and the New Human Ecology. Order it through the Green Vegans website to create an automatic donation to Green Vegans. Related blogs are posted on www.thisishopethebook.com. In addition, be certain to see or purchase the documentary, Cowspiracy.  since it thoroughly addresses the environmental impacts of a non-vegan diet.

There are an estimated 21.7 billion to 50 billion “head” of livestock chewing on Earth. Animal agriculture accounts for 70 percent of global agricultural land used. Livestock graze 22 to 26 percent of Earth’s ice-free surface. When environmentalists (or anyone else) do not campaign for the end of animal agriculture they are ensuring corn and soy beans grown for livestock will cover the land instead of recovering ecosystems. This should be THE campaign of the environmental community.

Consider these points about animal agriculture because they are tied to global warming:

Environmentalists also are afraid to confront human overpopulation and conceptions.

At what point do we decide how much of Earth’s biodiversity and abundance we will destroy as cost of human population arrogance?

For instance, how many AR orgs are sounding the alarm over the fact that phytoplankton is declining 1% per year in 8 of 10 ocean regions? Phytoplankton are responsible for about half of Earth’s net biological primary productivity (NPP), the plant-based conversion of sunlight into food energy. This is bad news for marine individuals from other species who will starve and suffer as a consequence. There is immense suffering in ecosystem destruction.

Vegans do not need artificial propagation and manipulation of species for hunting and trapping. Nor do we need to shoot wolves from airplanes to create moose targets for urban hunters. We do not need fleets of ships to decimate marine mammals and fishes. Wildlife professionals and snipers will not be called upon to eliminate natural predators, nor poison ground squirrels. Buffalo and wolves will no longer be slaughtered as they migrate from protected areas in national parks to land now usurped by animal agriculture ranchers.

We are demanding more than what Earth can replace after we consume her resources. In 2012, the Global Footprint Network estimated we were consuming “the equivalent of 1.5 planets…” This means it now takes the Earth one year and six months to regenerate what we use in a year.” If current trends remain unchanged, “we will need the equivalent of two Earths to support us” by the 2030s.