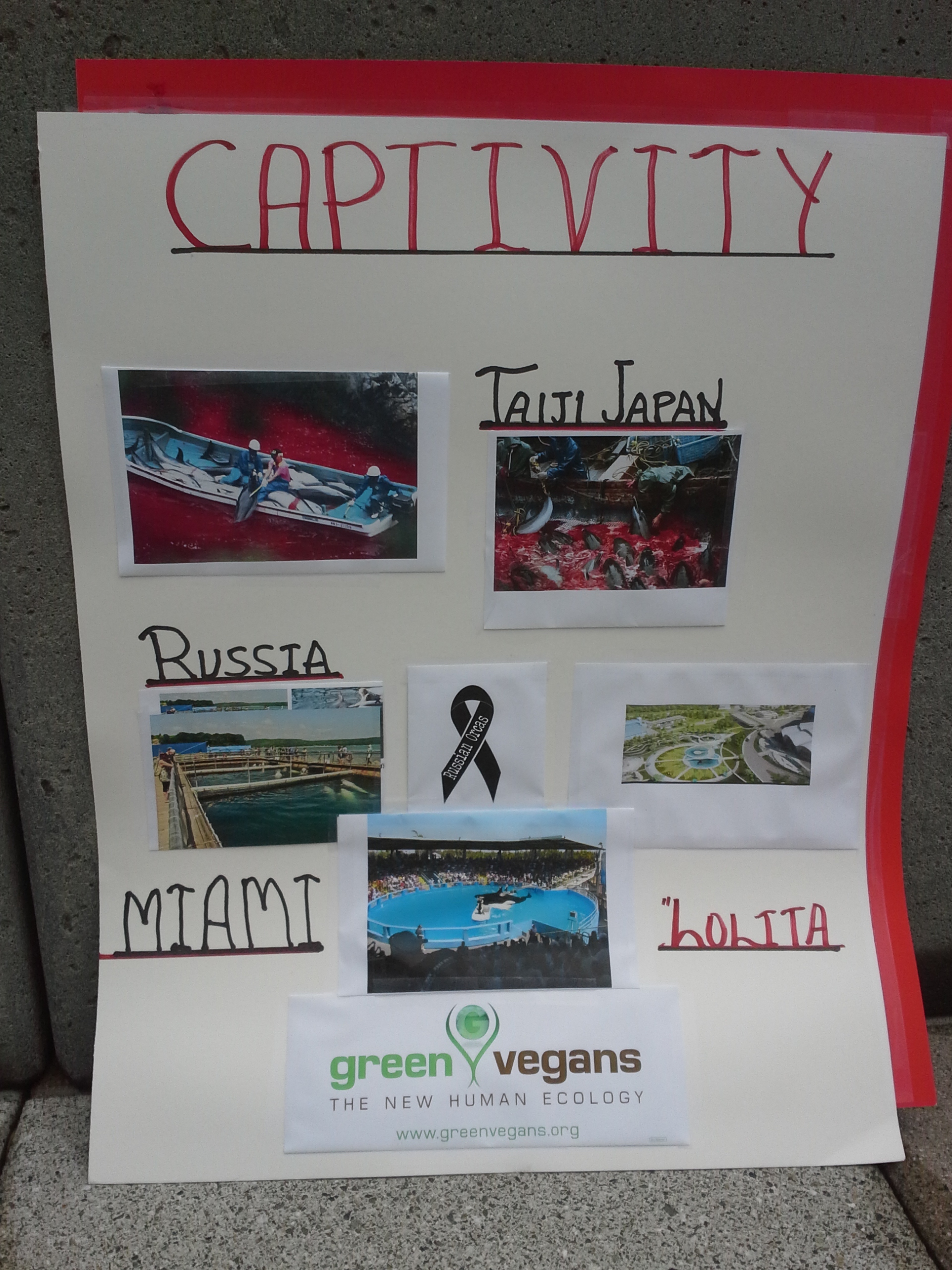 The Sea Shepherd-organized rally was well-attended today, February 14, and included many who had been to the tragic “Cove” in Taiji. This season, they reported, some 800 dolphins were killed and others captured. See Sea Shepherd (www.seashepherd.org) for reports from many cities. 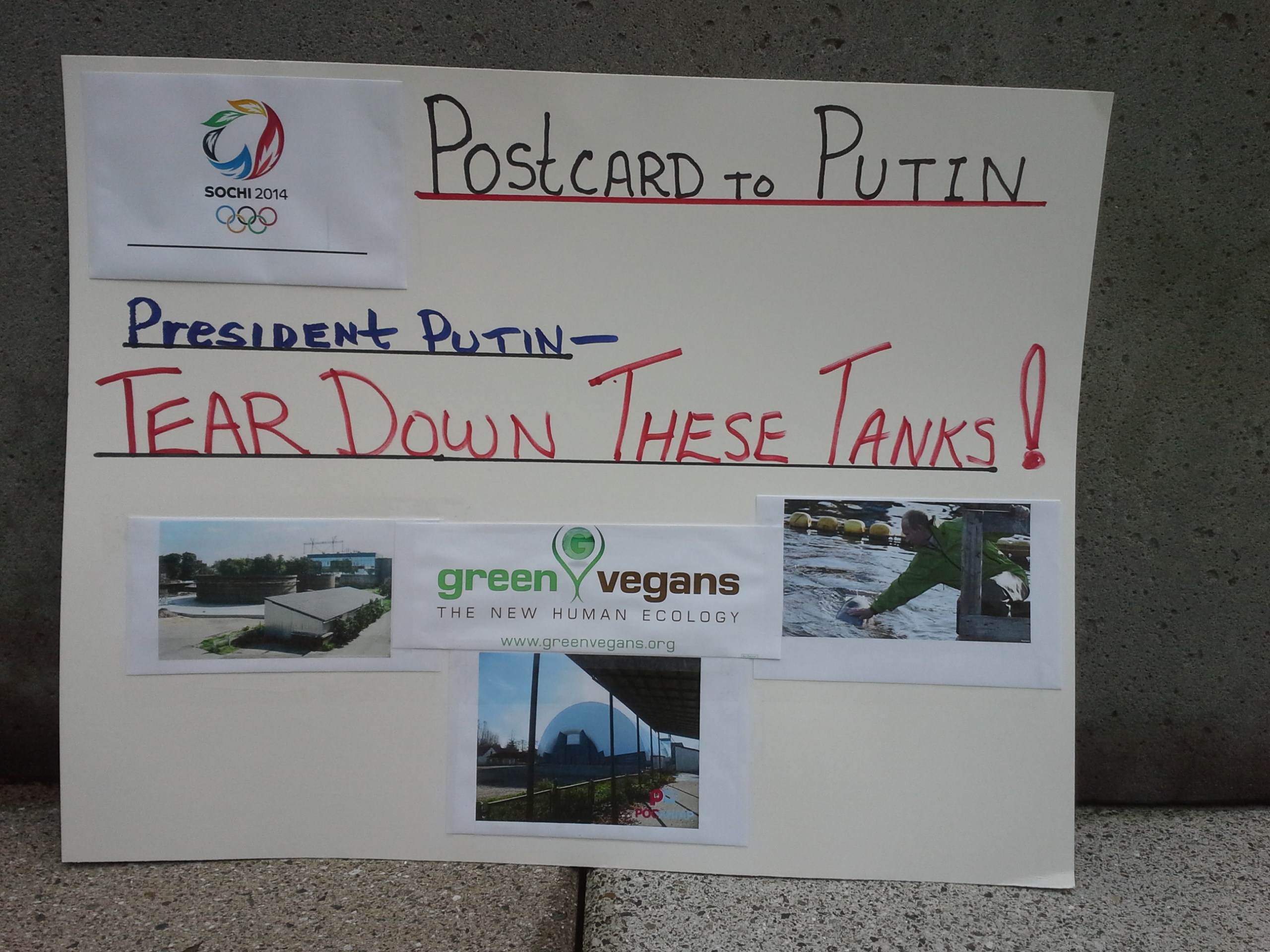 Immediately after the rally, Green Vegans visited the Russian consulate in Seattle to present them with a “Postcard for (Russian President) Putin”. On it we wrote, “President Putin, Tear Down These Tanks”. The consulate was closed, but found we could slip our poster-sized card under the consulate door. 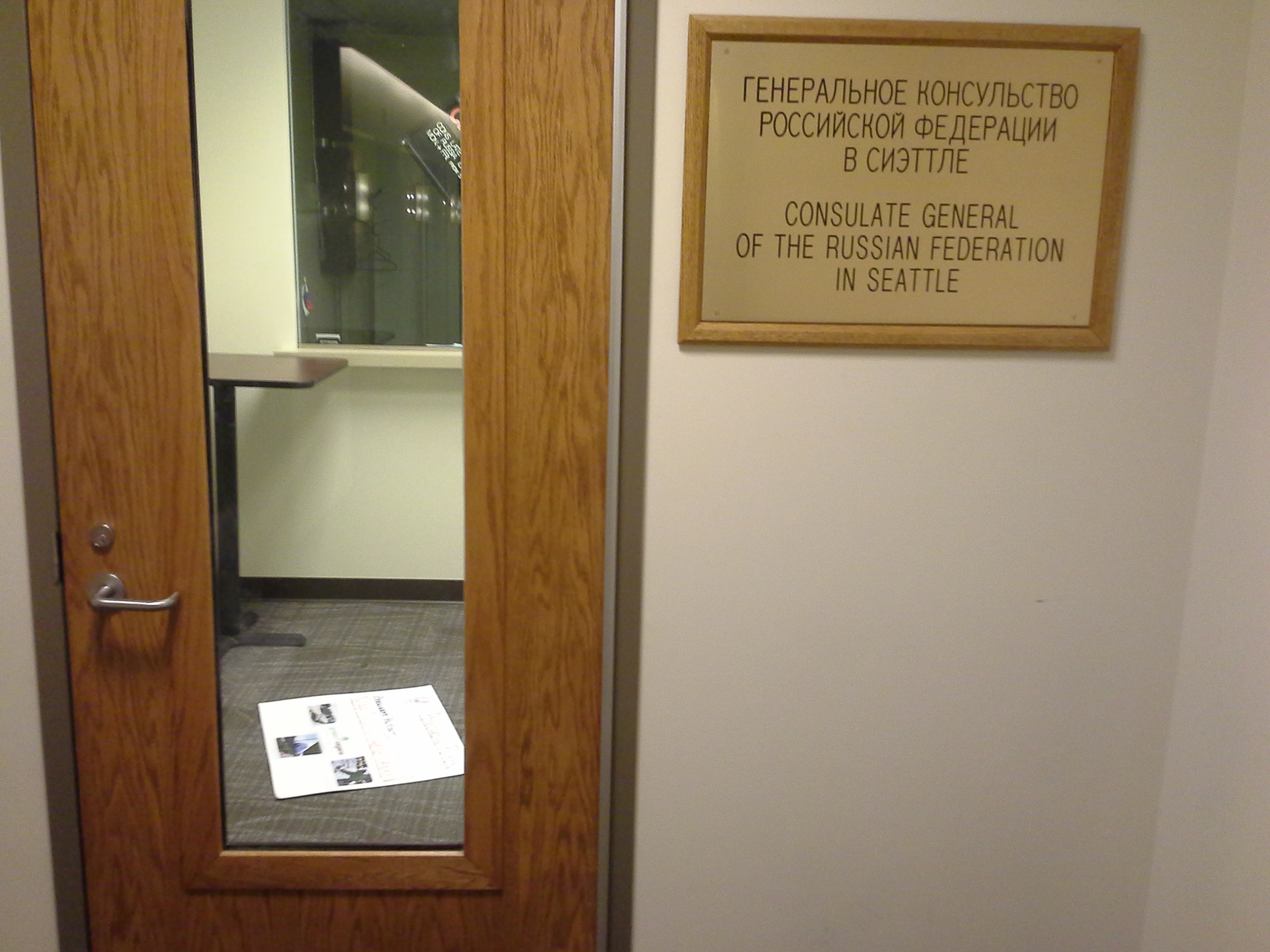 Images of Russian orca prisons and Putin reaching out to a dolphin will greet consulate workers when they return.